Colcannon Inspired Twice Baked Potatoes - Twice baked potatoes, whipped together with cabbage, cheese and of course, melted butter as a nod to the traditional Colcannon. 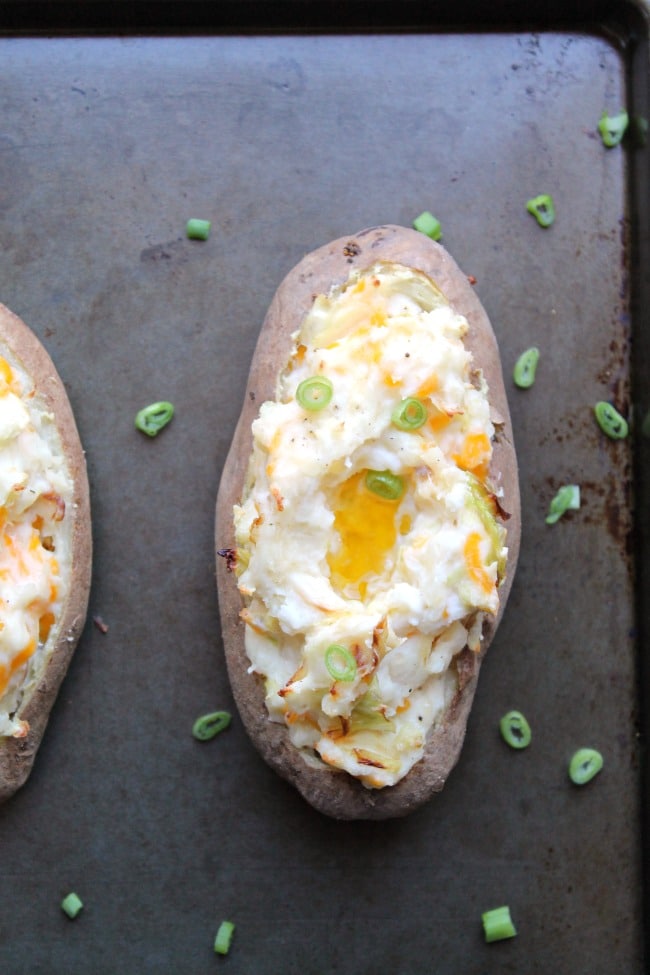 Okay, okay, get off my back, I said it was Colcannon Inspired.  I'm talking to you, you know who you are.  You're the one, making a face at my recipe saying "that's not colcannon".  Yup.  You.

So, here's the thing, up until I started blogging I didn't even know what Colcannon was.  From what I have learned and forgive me if I'm wrong, traditional Colcannon is potatoes whipped together with kale and green onions and sometimes cabbage.  When it's served there is a well in the center for melted butter.  I think that about covers it.

As I started thinking about St. Patrick's Day recipes, I thought about making Colcannon.  One problem, I flippin' hate kale.  I mean, HATE, all caps, I truly mean it, HATE.  I've tried it and no, don't tell me if I just try it "Insert Way", I'll like it.  I won't.  I've tried it every which way I can.  I'm done.  I officially don't give a flying leap about stupid kale. 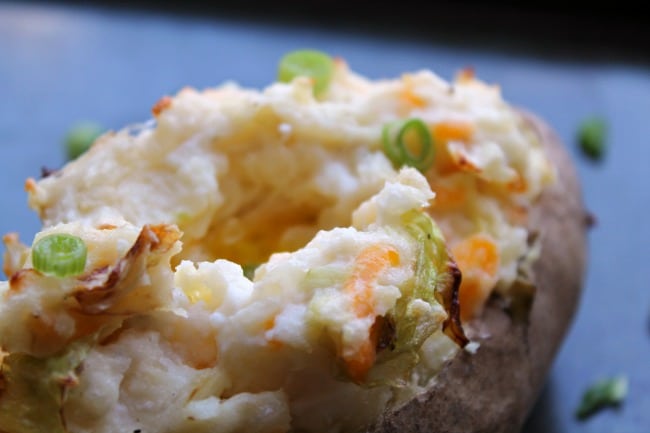 Since all of us faux Irish (I do have some Irish in my blood line, my maiden name is Bailey) seem to prepare cabbage around the big day, I opted for cabbage.  I didn't come up with that, I saw a lot of people using cabbage.  I also read a lot of comments on those blogs from the haters, letting them know it's not traditional.  I'm aware.  No need to leave me a nasty comment.  Nice comments, sure, comment away.  You want to comment you think I'm awesome, go right ahead. But so help me, if I read one comment that says traditional Colcannon doesn't use cabbage.  I know!

I've had a few requests lately for twice baked potatoes, so I thought this would be the perfect way to transform a traditional recipe into something a little less traditional.  And so the Colcannon INSPIRED Twice Baked Potatoes were born.

I have to be honest, I actually made a trial run of these last week and I made them quite different.  Last week I used leeks.  I also cooked the leeks and cabbage in the same pan I browned sausage in.  I thought it would give great flavor.  You know what it did?  It gave good flavor BUT it also made everything a really nasty, unappealing color. I thought it was a total fail and then I decided today, to give it a go again.  This time I cooked my sausage in the oven and since I didn't have leeks, I used shallots and cabbage.  I have to say, I'm kind of glad I messed up the first time, because I like this version better. 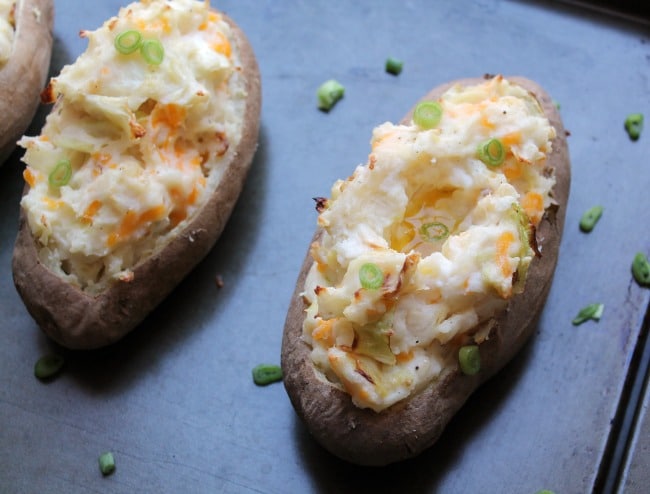 I served these Colcannonn Twice Baked Potatoes with sausage for a complete meal.  If you are looking for a dessert to finish off your St. Patrick's Day meal, be sure to give my Baileys Irish Cream Brownies a try! 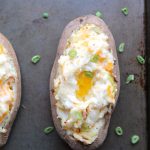 Twice baked potatoes get a bit of an Irish twist by adding a little twist of colcannon.

This site uses Akismet to reduce spam. Learn how your comment data is processed.

A Word About Foody Schmoody

Yes, that IS me and GORDON RAMSAY

Thanks so much for visiting my "accidental" blog. I started off this blogging adventure as a way to keep a nice order to my recipes and share them with friends. Little did I know, there are other people out there interested in what I have to say too!

Any cookies that may not be particularly necessary for the website to function and is used specifically to collect user personal data via analytics, ads, other embedded contents are termed as non-necessary cookies. It is mandatory to procure user consent prior to running these cookies on your website.